A project in Hertford is exploring ways to improve habitats on the rivers Beane and Lee, and Hertfordshire County Council wants to know your opinion on the ideas proposed.

The project is being led by the county council's Countryside Management Service, in partnership with the Environment Agency and East Herts Council. Its focus is on seven weirs through the town.

Members of the project team will be holding an engagement event at the River Room in Hertford Theatre on Tuesday 30 October between 3pm and 7pm. The public are invited to attend to find out more and comment on the plans. After the event more information will be available at www.hertfordshire.gov.uk/hertfordweirs

The main aim of the project is to help fish to move freely through each weir. Ideas under consideration include a new bypass channel on the River Beane at Millmead open space and two specially designed fish passes at the Hertford Basin weir, which links the Lee with the Lee Navigation near Hartham Common.

Wider improvements to wildlife habitat along the river channels will also be planned. At Hertford Castle, this could include establishing attractive native plants in the margins of the River Lee, to help restore the channel to its natural width.

Phil Bibby, Hertfordshire County Council's Cabinet member for Environment, said: "The Hertford weirs are a major obstacle to the movement of fish and eels along rivers, preventing their free movement to breeding and feeding areas. This project demonstrates a commitment by the partners to make a significant environmental improvement to the rivers which flow through in the town."

Cllr Graham McAndrew, East Herts Council Executive Member for Environment and the Public Realm, said: "Hertford's chalk rivers provide valuable natural corridors through the town, characterised by clear water and a diverse flora. Finding ways to improve the habitats along the rivers will be excellent both for wildlife and for people enjoying our green spaces." 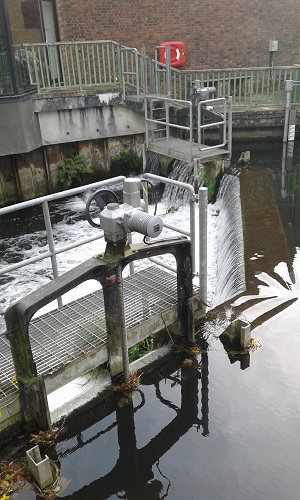