Thames21 have tested the water quality regularly with University College London over the last few years, and at times the level of pollution is 40 times higher than EU standards! Rainwater washing off the densely populated areas that border the river often flows straight into the Lea and its tributaries, taking with it oils and other pollutants from roads. Additionally badly connected plumbing from households and commercial businesses in the catchment mean that wastewater enters the surface water drains and then goes straight into the river.

The water company Thameswater reckon despite their hard work, there’s about 60,000 of these ‘misconnections’ across London. Another key pollution source is sewage overflows. It’s estimated that these occur on a weekly basis in the Lea Catchment – they happen when our outdated sewage network can’t cope with the amount of sewage in the system, which then overflows into the river. 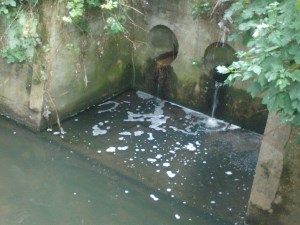 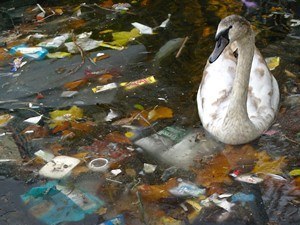 What are the effects of the various pollutants on the London Lea ecosystems?

These pollutants have cause serious effects on the Lea and tributaries. In many places this pollution can be smelt or seen, in Tottenham its common to see huge chunks of matter floating out of the Pymmes Brook which I assume must be raw sewage from overflows.

The lowered oxygen levels make it hard for aquatic life to survive, and high levels of nitrates encourage increased vegetation growth which covers the water’s surface (eutrophication), and duck weed and pennywort block sunlight,  which affects the plants and organisms living in the river. Sewage fungus – a pale fungus which lines the river bed and banks –  is also common on the smaller tributaries near outfall pipes. 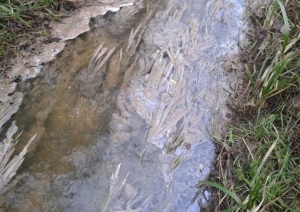 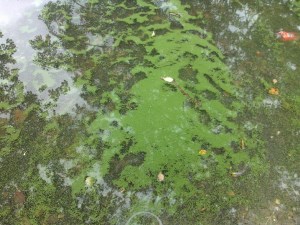