Entering London, on its journey through the capital it suffers from heavy pollution from a range of sources. It flows through the north and east of the city (partly by way of man-made navigable channels known as the Lee Navigation and a network of channels through the Olympic Park built for the 2012 Games) to meet the River Thames.

You may find it surprising that this river supports a range of ecosystems. Kingfishers are regularly seen from our office on the river in Bromley by Bow, along with plenty other wildfowl. 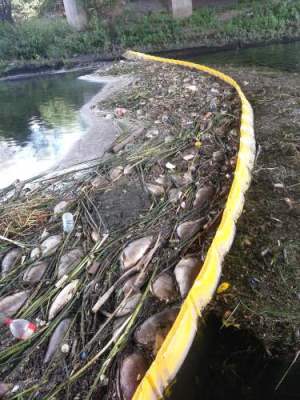 A pollution incident in 2013 killed thousands of large fish that we didn’t know could live in a river so polluted. There is evidence to show that this fish population is recovering, though lack of habitat is a constant threat.