Greening Up draws to a close

Groundwork Luton & Bedfordshire has run Greening Up with two groups of Luton residents this year - the first started in January and ended in March, and the second began in May and finished in June.

Greening Up was made possible thanks to funding from the Wixamtree Trust and offered participants the chance to achieve a John Muir Discovery Award, which celebrates people exploring, understanding and conserving a local wild area, and sharing their experiences with other people.

The participants were mainly adults suffering from mental ill-health and other conditions that affect mental wellbeing, such as housing difficulties, learning disabilities and unemployment.

In total 10 people participated in this course, and five completed enough hours to achieve the John Muir Discovery Award. 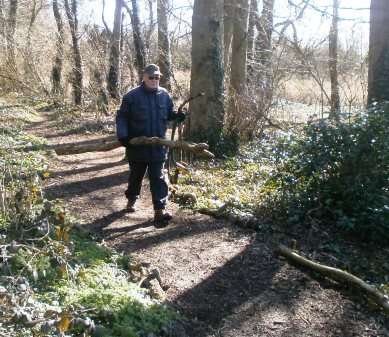 Improving the path through Rotten Spinney.

The second group continued work in Leagrave Park, with a focus on the Source of the River Lea.

They spent their time transplanting reeds and sedge from further downstream to the source, which had become barren due to silt build-up, waste in the river, and poor filtration. The transplantation was designed to improve natural filtration of water as it enters the river as well as to beautify the area.

In total 8 people took part in this course, with three completing enough hours to achieve the John Muir Discovery Award. 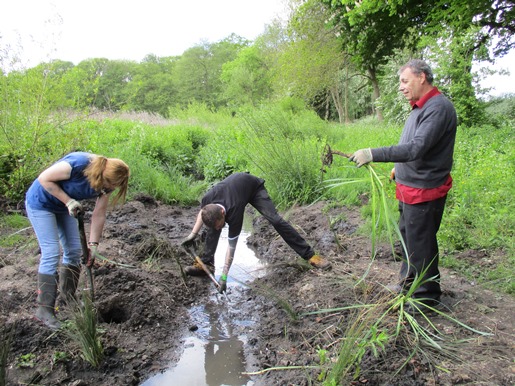 Hard at work transplanting sedges at the Source of the River Lea. 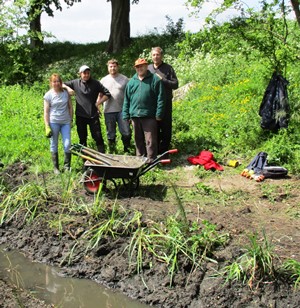