Here you can see before and after photos of projects on the Luton Lea. For project details, see the Luton Lea Catchment Plan. 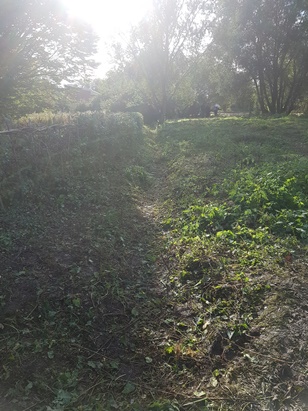 Groundwork Luton & Bedfordshire led a team building day at Cowslip Meadow for Galliford Try on Thursday 28 September.  The group of 13 volunteers tidied up the hedge and ditch, gave the interpretation board a paint job and new lease of life, cleared overhanging trees (in order to open up the canopy) and took part in a competitive wildlife box construction challenge. The amazing boxes were then donated to the Farley Food Hub at St John the Baptist Church in Farley. 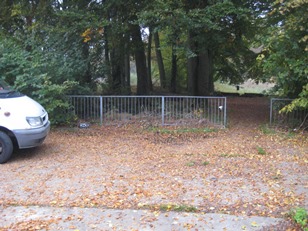 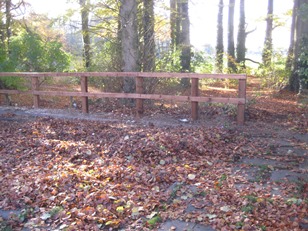 The old, broken metal fence at Five Springs in Luton has been replaced with this attractive wooden fence, with entrances wide enough to allow pushchair and wheelchair access access to Leagrave Park and Waulud's Bank. 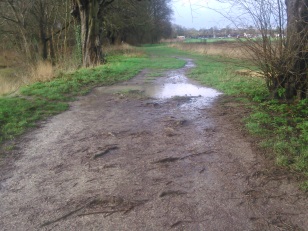 The muddy stretch that runs alongside the Source of the River Lea in Leagrave Park was resurfaced as part of a Green Skills project. It's much easier to pass along this way now.

Before and after heavy rainfall: downstream 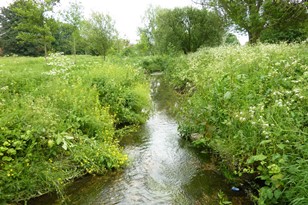 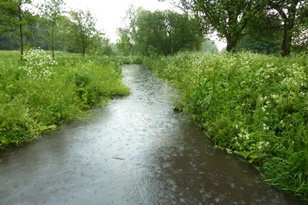 Before and after heavy rainfall: upstream 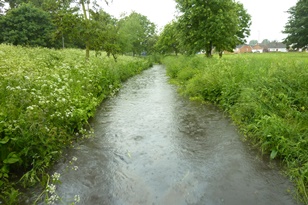 These pictures were taken from the footbridge at the end of Riverside Road in Luton. The before photos were taken at 3.40pm on Tuesday 7 June, with a storm on the way. You can see the river is low and crystal clear at this point. At 4.00pm it started to rain heavily and did so for over an hour and a half; the after photos were taken at 5.20pm (when rain was still falling) and illustrate how quickly and dramatically the river's volume increases as a result of rainfall.