Pollution entering the River Lea in Wheathampstead first reported in January continues to enter the river.

The white foam and a detergent like smell were first reported to the Environment Agency in January of this year after being spotted flowing out of the culvert on High Street. The pollution has been constant since this time and was reported to the Environment Agency again in March and April. The community of Wheathampstead have worked hard to improve the biodiversity of their river and with restoration plans in place to improve it even further it is important that this pollution incident is resolved.

We would ask anyone who observes this pollution or has any information which could lead to its resolution to report it immediately to the Environment Agency 24hr hotline 0800 80 70 60 if possible quoting the reference number 1425278 which relates to this incident. 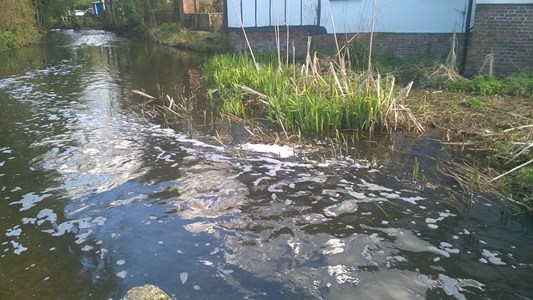