Currently the Mimram is not legally protected, unlike some other chalk streams in southern England. This project aims to achieve the highest appropriate legal protection for the river, e.g. SSSI status, via notification under the relevant legislation.

Ten chalk streams in the UK are protected by SSSI (‘Site of Special Scientific Interest’) designation, and the rivers Kennet and Lambourne in Hampshire have three areas protected by SAC (‘Special Area of Conservation’) status. In contrast, the Mimram, although having similar habitats and supporting similar species, has received no such designation. This is despite:

frequent references to its valuable chalk stream ecology in many publications and documents over the years,

EA and Natural England recognising the Mimram as a priority for restoration under the Biodiversity Action Plan Biodiversity 2020) .

The Chalk Stream Charter argued that since chalk streams are so rare globally, that they should all have SSSI protection.

In the meantime, while the political decisions are being made, this project will first examine how and why this anomaly occurred, and determine whether this absence of formal designation is justified.

We will then assess the ecological value of the river against criteria defining Sites of Special Scientific Interest (SSSIs) and Special Areas and Conservation (SACs). The aim of this is to ultimately achieve recognition of its value and legal protection by its notification under the relevant legislation (e.g. the 1981 Wildlife and Countryside Act or the European Union’s Habitats Directive).

Data held by relevant statutory bodies will be reviewed, together with data collected on a more ‘ad-hoc’ basis by other non-statutory groups. This will include data on water quality, heavy metal pollution, water chemistry, physical data on flow and channel structure, and biological data including surveys on fish, mammals, plants and invertebrates. The amount and quality of the data will be assessed and a programme of surveys then identified to fill in any gaps.

Finally, the relevant agencies will be liaised with and lobbied to designate the Mimram under the appropriate legislation.

Project lead: Friends of the Mimram 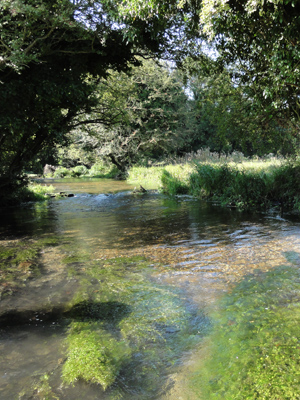