Report any such leaks using the Environment Agency's pollution hotline 0800 80 70 60.

Unfortunately, both the Beane and Mimram have suffered from sewage leaks in the past few weeks.  The Mimram leaks occurred near Digswell pumping station, and the Beane leak just south of Walkern.

It is vital that the Environment Agency are made aware of such leaks as soon as possible. This means they are able to take water and invertebrate samples immediately after the leaks occur.  These results of these surveys are necessary in order to prove that the leak has resulted in environmental damage. And of course, the sooner an ongoing leak is reported, the sooner it can be stopped or cleaned up.
If you suspect that sewage or any other pollutant is entering a waterbody, it is vital that it is reported to the Environment Agency immediately. The pollution hotline is 0800 80 70 60. 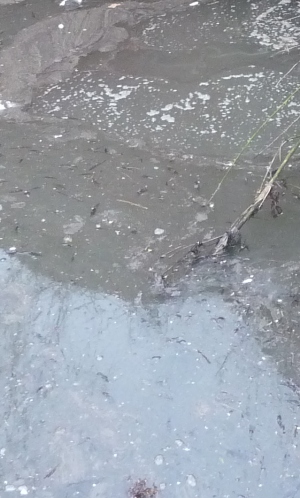