A new film showcasing the Ash Catchment, and combining aerial, underwater and conventional footage, has been launched by Herts & Middlesex Wildlife Trust.

The film, entitled 'The River Ash: A Living Landscape', is written and presented by Hertfordshire Living Rivers Officer Charlie Bell.  The film takes the viewer on a journey up the river, from its confluence with the Lea at Amwell, to Widford.  Along the way various people who live, work or volunteer in the catchment are interviewed, and some of the projects which are helping the river are described.  Conventional footage is combined with aerial footage filmed by drone, and underwater footage filmed with a GoPro camera.

The film is now available to watch on the Trust's YouTube channel, and can be found here. 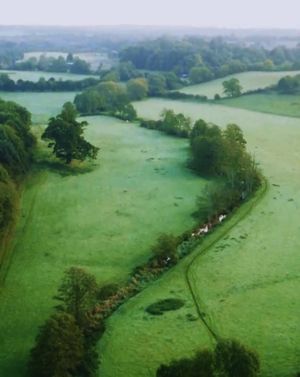