This project will re-establish the character and appearance of this historic estate while making it more attractive, accessible and useable for local communities.

Houghton Hall Park is an important area of green space in Houghton Regis; it is the town’s largest park and will become increasingly important in light of proposed growth for the town.

Following the successful award of a Heritage Lottery Fund Parks for People (PfP) First Round (Development Stage), the partnership developed landscape proposals (landscape, conservation, and management and maintenance plans) for a Round Two bid to the Heritage Lottery Fund Parks for People programme in August 2014. The bid was successful and works started in 2015.

The current management of the Park is largely focussed on wildlife and the value of Houghton Hall Park as an open space. Renaissance & Renewal will re-balance the relationship between woodland and parkland to reinstate the Park’s character.

Although original plans for improvements to Houghton Brook included clearing silt along the length of the Brook and replacing it with river-washed gravel, this element has temporarily put on hold. Further investigations are being carried out as part of a wider SuDS feasibility project to understand the cause of water quality and quantity flowing from the outlet.

Improvement works will be undertaken in June/July 2017 and focus on the banks of the Brook. The work will consist of a two metre strip being cultivated adjacent to the footpath and being sown with a wildflower based shade tolerant seed mix made up of Pictorial Meadows Woodland Edge mix. Native tree and shrub planting will also be undertaken where gaps in the canopy allow.

Below is a detailed plan of improvements to the site, covering new fencing, paths, seating and soft work to Houghton Brook/the River Lea (click to open a large-scale version of the image): 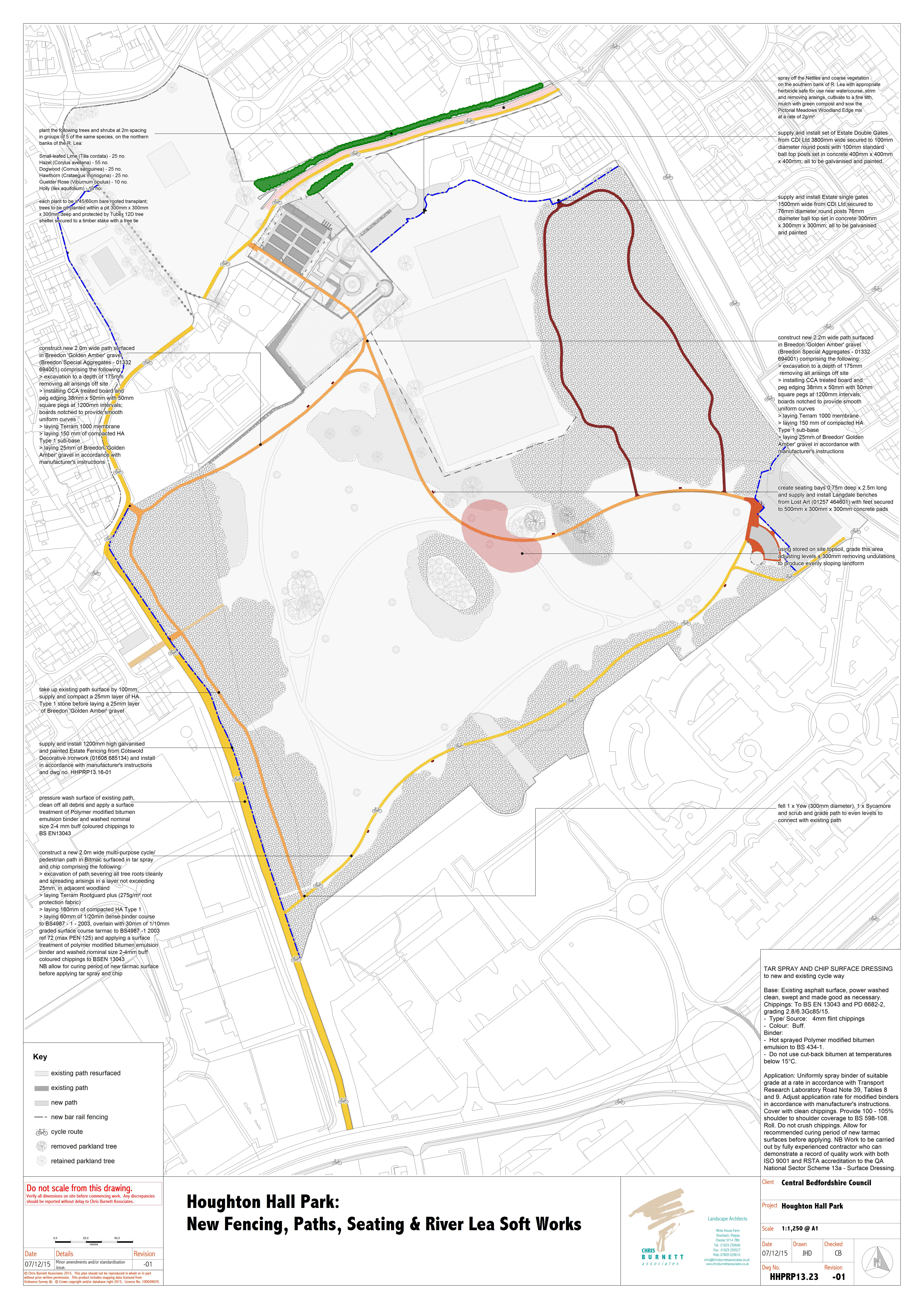 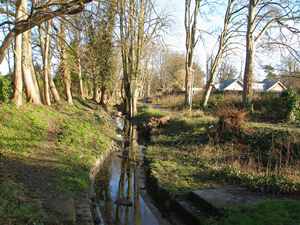