Every September on the Fourth Sunday is World Rivers Day. Read more ...

We have been selectivly removing trees that may pose a risk to the footpath running alongside the channel, or to the stability of the bank between the mill race and the River Beane where the breach as occurred.  Read more ... 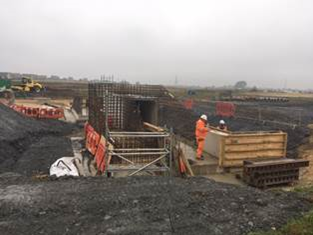 A new Chalk Aquifer Alliance has been formed to bring together all those working to protect chalk streams and their aquifers across England.

Anyone with an interest in chalk rivers is invited to subscribe (for free) to receive regular updates, hear about events and get their latest news updates direct to your inbox. See chalkaquiferalliance.wordpress.com for more details.

The River Beane is an internationally rare chalk stream habitat which has undergone decades of degradation due to historic weirs which have caused slow flows, sedimentation and blockages to fish passage. Read more ... 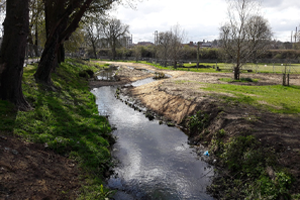 The river improvement project at The Moor has recently been completed. Read more ...

To support efforts to keep the River Lea healthy, a member of Groundwork staff supported the council-led river clean-up event at Wardown Park on the 27 February 2020. Read more ... 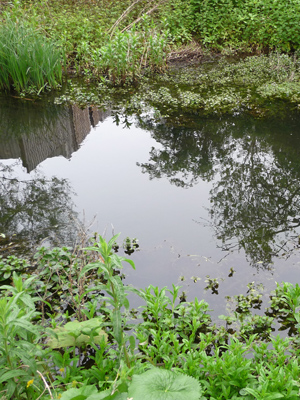 This stretch of river suffers from heavy silt deposition caused by reduced flows, dredging in the 70s, and the ponding effect of a weir. The aim is to restore the river to a silt-free, gravel bedded, shallow, fast flowing stream, with riffles and pools capable of supporting water crowfoot and breeding trout.